Saturday was our March VCQ meeting (Virginia Consortium of Quilters).  We had a great day in Culpeper with about 75 members attending.  I took a class called Fractured View taught by Deb Schupp, which involves building a background of strips and then inserting wedge shaped pieces at various angles. .  We had lots of fun and produced some interesting pieces. 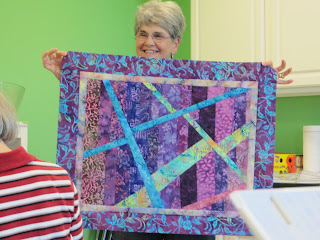 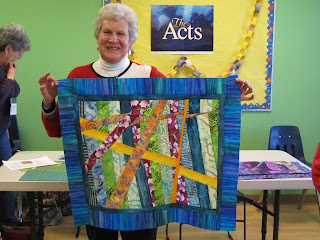 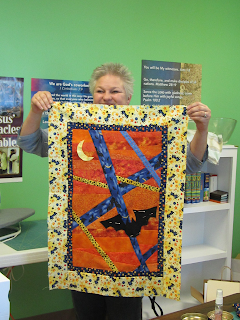 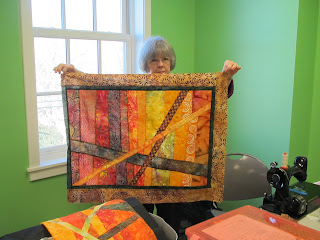 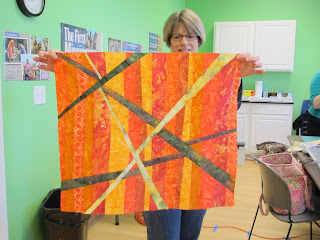 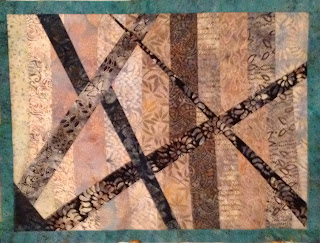 The one above is mine.  It still needs another border, and maybe some other additions.  Stay tuned!
Posted by Susan at 5:38 PM No comments:

We had a final blast (I hope) of winter last week, our biggest snow of the season.  It was about 5-6 inches, but alternated between snow and rain, so that it quickly became slushy.  We've had almost no snow for the last 2 years, so I planned ahead to do some snow dyeing by pre-soaking my fabric in a soda ash solution, which serves as a fixative to help the dye adhere to the fibers.  I dug out my supplies - pans to catch the melting snow & dye and a stretcher strip frame with plastic screening tacked to it, and mixed up some dye.  After arranging the fabric on top of the screen, I collected a few pans of snow and packed it on top of the fabric.  Since the snow was so wet, it packed really well. In the past I've had the best results with snow with higher water content.  I poured the dye over the snow and let it sit till the next day. I used 3 colors - turquoise first, then purple & fuchsia. 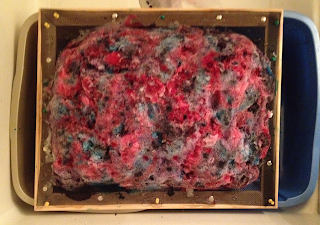 The fuchsia and purple completely overpowered the turquoise, which was a bit of a surprise since I had almost completely covered the snow with turquoise first.  I have 3 yards of fabric that all look like the next 2 pictures. 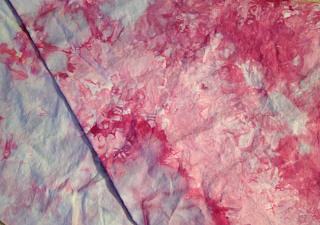 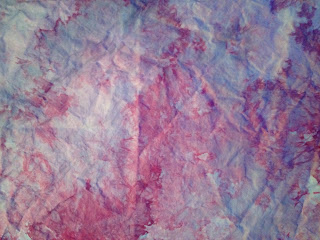 Since I had leftover turquoise, I folded another piece of fabric and saturated it with the rest of the dye. I also had a bit of black which I added in a few places. 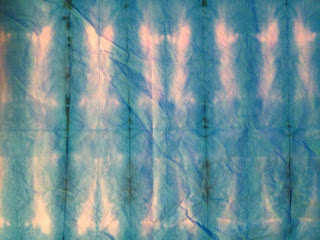 Finally, I decided to put my last 2 pieces in an ice dye parfait; instead of using snow and liquid dye, in a round plastic ice cream tub I layered fabric, then ice; sprinkled 3 colors of dye powder on top of the ice; then the next piece of fabric, more ice and 3 more colors of dye.  The process is pretty much the same as with snow - as the snow or ice melt, the dye seeps into the fabric and makes interesting patterns. 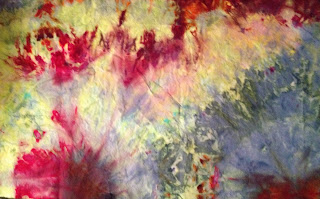 The piece above was on top, and had blue, green, and yellow dye. 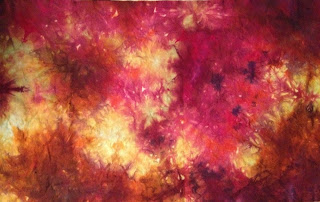 This piece was on the bottom, with red, orange and purple.  The colors from the top layer also blend with the bottom as the ice melts.  As I was rinsing out the bottom piece, I thought I'd just made a piece of mud brown, but it actually turned out pretty cool.  It has brown and red, but also some light spots - it could be a background for a fall piece.  Maybe you'll see it  again in another post!
Posted by Susan at 5:49 PM No comments:

There were some amazing quilts at the show last week - here are a few of my favorites. 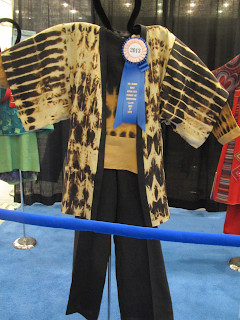 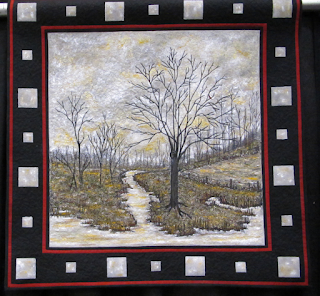 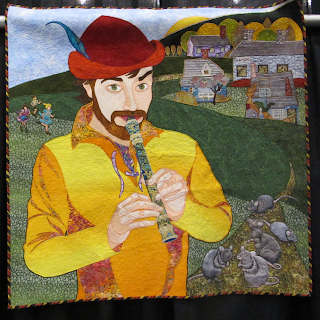 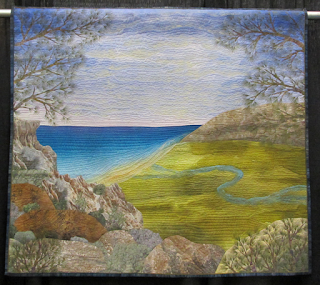 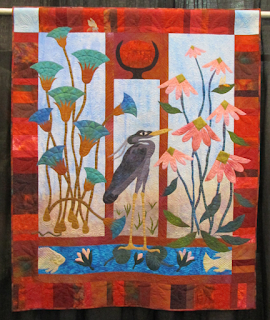 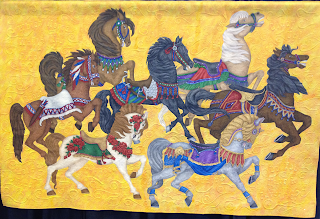 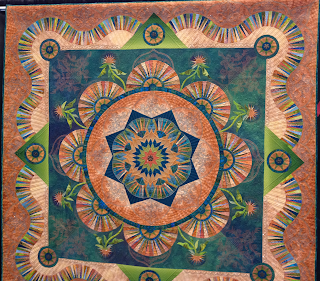 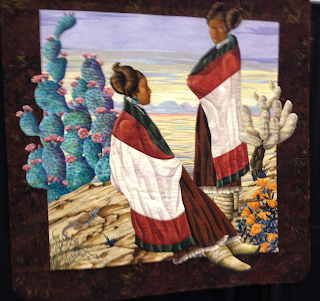 Susan
I have been sewing and crafting all my life, even became a Home Economics teacher because of my love of sewing. Some years as a stay-at-home mom were followed by a return to education, this time at the elementary level where I became a technology specialist. But my real love has always been making things, and that is what gives me the most satisfaction. As I approach retirement, I look forward to spending as much time in the studio as I want,without a job to get in the way!